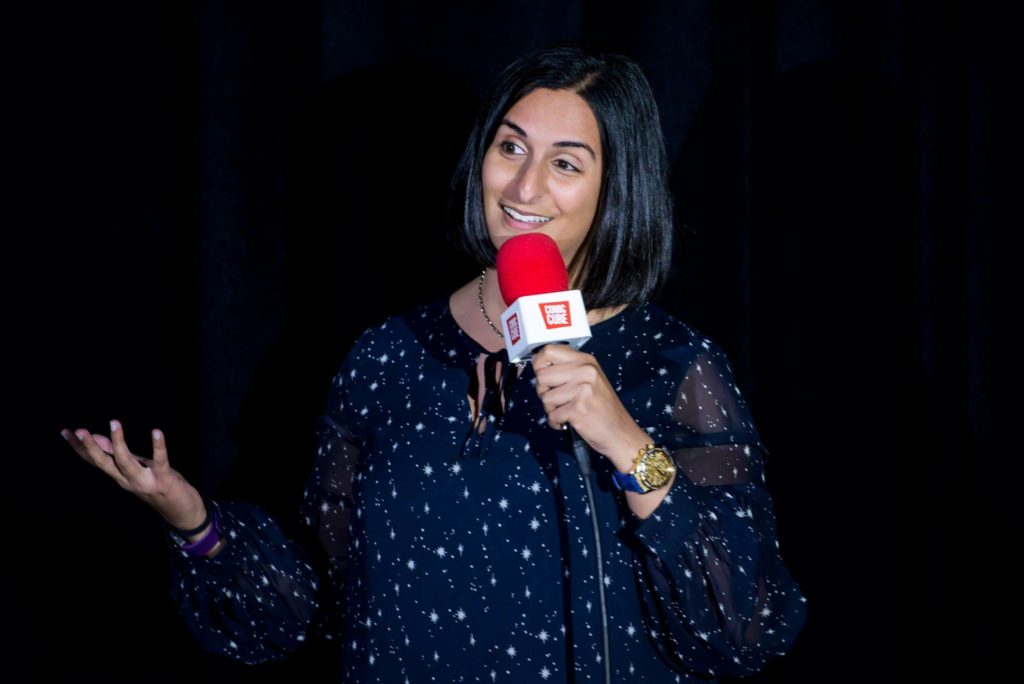 I call myself the, “Funny Brown Girl”, and that’s exactly who I am. A globally touring stand-up comedian, I have performed on stages from New York to Saigon.  Much of my comedy is focused on my relationship with my South Asian (Indian) / Persian  Muslim parents.  I also draw on my dating experiences as an intelligent, beautiful woman, and have no problem spilling all. “She’s got balls,” observed a comedy patron.  A sarcastic young woman, I enjoy  sharing my experiences and observations of intolerable, ignorant people in a fun-witted dialogue.

In 2017, I was a finalist in HBO’s Comedy Wings Competition, a semi-finalist in Issa Rae’s Freshwave TV writing competition, and opened for Arsenio Hall. In the same year, I also performed at Laugh Your Asheville Off, Toronto’s SheDot Comedy Festival, and the Boston Women in Comedy Festival. I am a previous winner of the Orlando Improv Clash of the Comics and the Brickell Comedy Festival. I’ve also been featured at the Out of Bounds in Austin, Laugh Fest in Grand Rapids, and the World Series of Comedy in Vegas.

You can catch me on iHeartRadio’s Monsters in the Morning and on my podcast  – Creative Breakthrough – where I interview successful creative entrepreneurs!

Subscribe to my newsletter for tour dates, updates, and something funny!

“You turned it out”

Need some humor at your next event? I’m here to make you laugh!