Episode 44: How to Pursue Your Creative Career with an MFA with Jason Gregory (Part 2 of 2 episodes) - FunnyBrownGirl: Host of Award-winning podcast for artists and creatives
16744
post-template-default,single,single-post,postid-16744,single-format-standard,ajax_fade,page_not_loaded,boxed,,qode-title-hidden,qode_grid_1300,qode-content-sidebar-responsive,qode-theme-ver-17.2,qode-theme-bridge,disabled_footer_bottom,wpb-js-composer js-comp-ver-5.6,vc_responsive 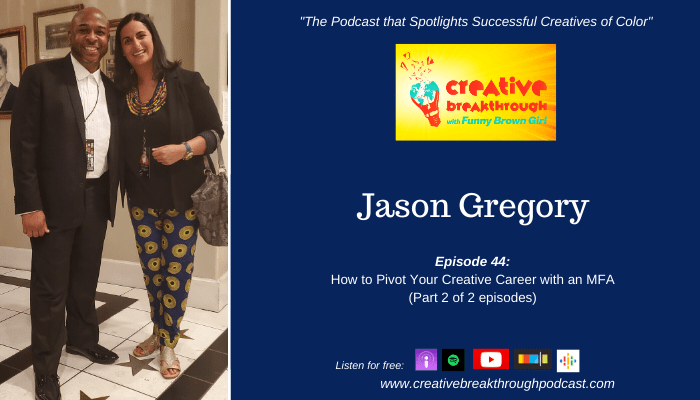 15 Jan Episode 44: How to Pursue Your Creative Career with an MFA with Jason Gregory (Part 2 of 2 episodes)