An internationally touring comedian and a Fortune 100 manager, Shereen present on topics related to creativity, entrepreneurship, marketing and more. 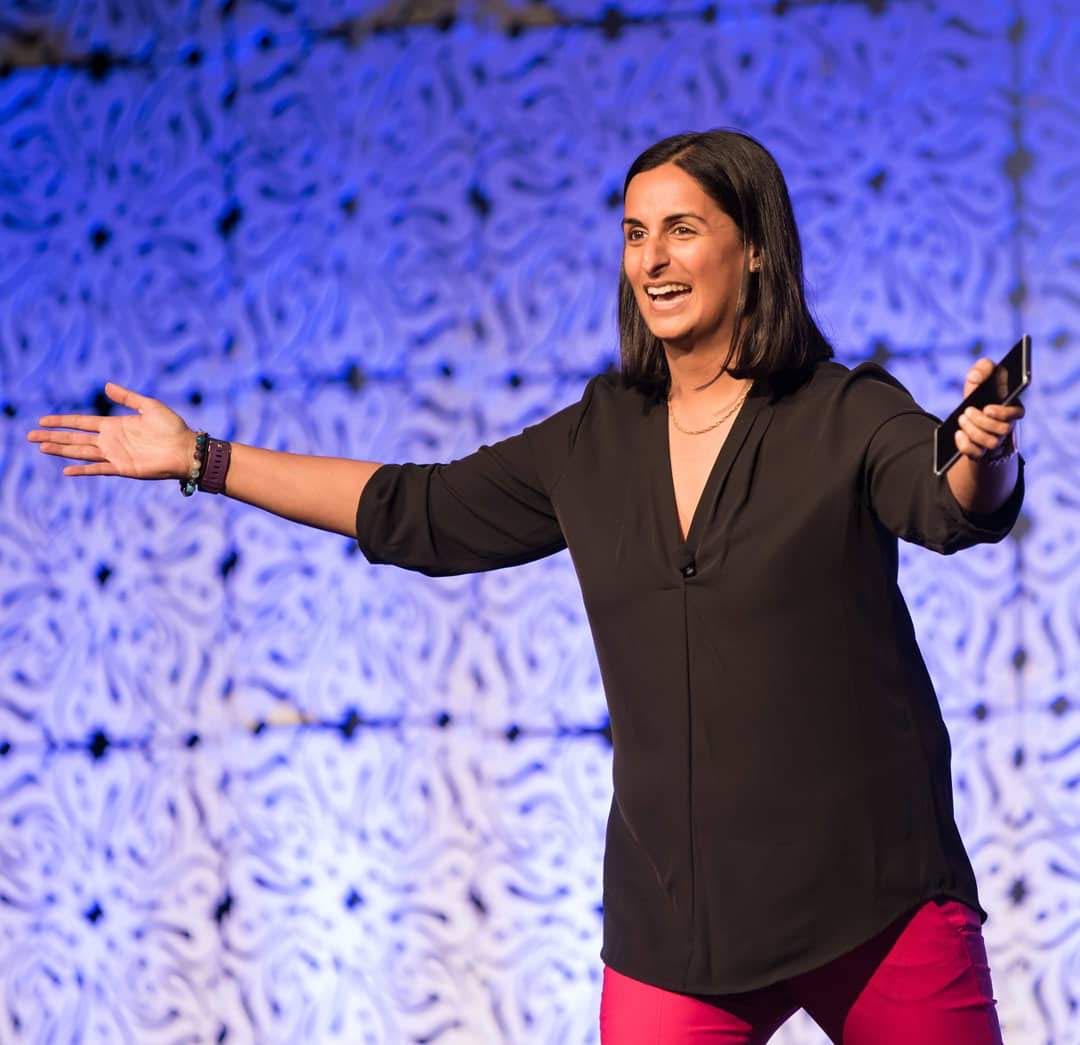 Shereen is an internationally touring stand-up comedian who has performed worldwide on stages from New York to Saigon. Named Florida’s Funniest Female, Shereen has also appeared on HBO and NBC. In addition, she is the previous winner of the Orlando Improv Clash of the Comics and the Brickell Comedy Festival. Shereen has had the opportunity to work with Arsenio Hall, Carlos Mencia, Gina Brillon, Rodney Perry, and Myq Kaplan.

Shereen’s comedy draws on her background as an East-African (Kenyan/Tanzanian), South-Asian Muslim woman who grew up in the United States.

Shereen also enjoys acting and has appeared in commercials, including for the Florida Lotto, and webseries, such as DROP.

When Shereen’s not touring the world, she’s sipping chai lattes and pouring over data as a Strategy Manager at The Walt Disney Company. Previously, she has worked in various roles at JPMorgan, Deloitte, and Amazon. Shereen received her BA from Brown University and an MBA from The Wharton School at the University of Pennsylvania. Currently, she resides in Orlando, Florida and has a serious problem saying no to chicken wings.

In 2021, Shereen was honored as one of Orlando Business Journal’s 40 Under 40.  And in 2022, Shereen performed a TEDx Talk at TEDx Eustis titled, “How Chicken Wings Made Me Unstoppable”.

Thank you for starting off our day with laughter (I am not a morning person so it was quite the accomplishment to get me to laugh). I hope they bring you back next year!

Enjoyed seeing you at APC. Loved you as the MC and your class was fantastic. Thanks for being part of the reason this week was great!

You were amazing, but the best part is how real you are. Thank you for a great session!

THANK YOU for all you have done this week with the APC conference. You are a super dynamic host/MC and I have enjoyed all of your introductions as well as your presentation on Work/Life Balance. This week has been incredibly useful and inspiring for me. Thanks for your part.

2016 Monsters in the Morning Comedian of the Year Finalist

2016 Florida Laughs for the Holiday’s Winner

Out of Bounds (Austin, Texas)

Creative Breakthrough where passion meets hustle.
Find out how to take your creative passion to the next level.