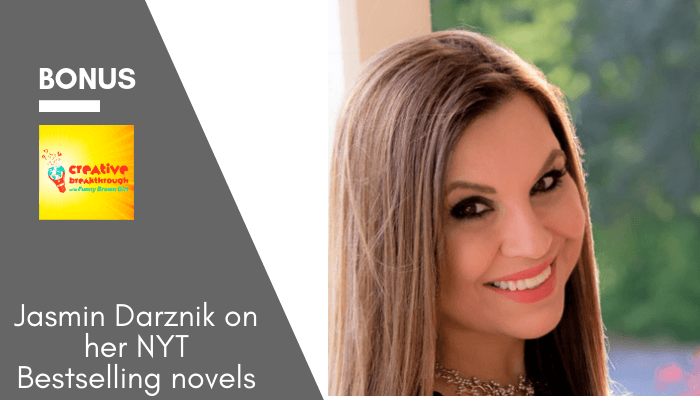 In this bonus episode, we continue our conversation with New York Times bestselling author Jasmin Darznik.  She shares insights and her thoughts on her bestselling books The Good Daughter and Song of a Captive Bird.

Jasmin Darznik’s debut novel Song of a Captive Bird is a fictional account of Iran’s trailblazing woman poet, Forugh Farrokhzad. It was selected as a New York Times Book Review “Editors’ Choice” as well as one of 2018’s “Best Books” by Vogue, Ms. and Newsweek.  Jasmin is also the author of the New York Times bestseller The Good Daughter: A Memoir of My Mother’s Hidden Life. Her books have been published and are forthcoming in seventeen countries and her essays have appeared in numerous periodicals, including the New York Times, Washington Post, and Los Angeles Times.

Jasmin was born in Tehran, Iran and came to America when she was five years old. She holds an MFA in fiction from Bennington College and a Ph.D. in English from Princeton University. Now a professor of English and creative writing at California College of the Arts, she lives in the San Francisco Bay Area with her family and is working on a novel set in 1920s San Francisco.